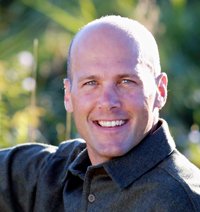 Doug began bombing down Vermont’s mountains at age three and began racing at age eight. He enrolled at the Green Mountain Valley School Ski Academy in 1978, and won his first title at the Junior Olympics in 1980. The following year, at age seventeen, he jumped to the International level and competed in his first World Cup at Aspen.

Doug joined the USST in 1981 and competed in the 1984 Olympic Games in Sarajevo, Yugoslavia and the 1988 Olympic Games in Calgary, Canada. Doug’s greatest moment came at the 1985 World Championships when he won the Bronze Medal in the Downhill. Doug also collected two U.S. National Downhill Championships in 1986 and 1987.

After retirement from the U.S. Ski Team in 1988, Doug graduated from the University of Vermont with a degree in Small Business Mgt. He is now actively involved in every level of the ski industry as coach, trainer, product consultant, celebrity, journalist and racer. Since 2008, he has been the voice of World Cup Alpine as the analyst for Universal Sports TV.

Doug and his wife Kelley own and run ELITEAM Conditioning camps in Vermont, the nation’s top conditioning camp for young athletes. Doug still slips into Crazy Downhiller mode every now and then.

Since retiring, he has won the longest Airtime award during the Legend’s Downhill, jumping 178 feet in the middle of a race run; out-jumped 20 Olympians in Battery Park in New York City off a 60 foot ski jump. He still holds the record for biggest air caught in NYC; gap-jumped 50’ over a John Deere tractor over Bragg Hill Rd in the Mad River Valley. Judging speed was tough as he had to be pulled in by a snowmobile. On the first try he landed short and ate it. On the second attempt he landed long and head-planted. The third time he got it just right.